If growth is a measure of success, then the Midtown Arts Center is successfully out of room. 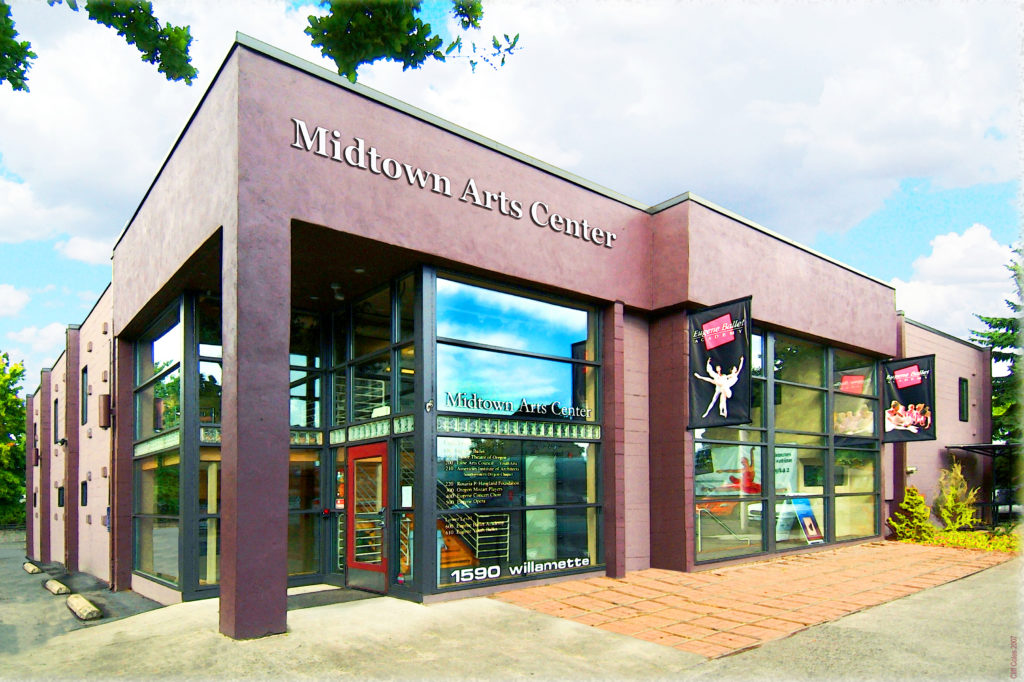 What began as a novel idea 10 years ago—to bring together seven of Eugene’s signature non-profit arts organizations into one building—has been experienced as a tremendous success for all of the organizations involved.

Midtown Arts Center’s successful operational model has contributed to the growth of each organization housed within it. Collectively they have seen a 58% increase in personnel. The

Academy’s attendance has increased more than 40%. In addition, programs created by these organizations extend beyond the Center’s walls, serving further into the community with educational outreach, in-school residencies, rural touring initiatives and increased number of performances. This lively arts space has served its occupants well as each organization has evolved and grown, eventually creating the need for additional space. To strengthen the foundations of each organization, allowing them to push their resources further afield to increase access to the arts, EBC is looking to reinvest its current equity and experiences of the past 10 years into a new, expanded and permanent home.

Now there is an opportunity to lift this success to the next level by assuring that the future growth of these organizations is limited not by the size of their facility, but only by the reach of their vision.

This project has the potential to lift the success of the original Midtown Arts Center to the next level by helping to assure that the future growth of these organizations are limited not by the size of their facility, but only by the reach of their vision.

The completed project will provide new housing, vibrancy and arts engagement to Eugene’s Midtown, catalyzing adjacent development, restaurants and street life, and enhancing the quality of living in this area.

To learn more about this exciting project, click here.