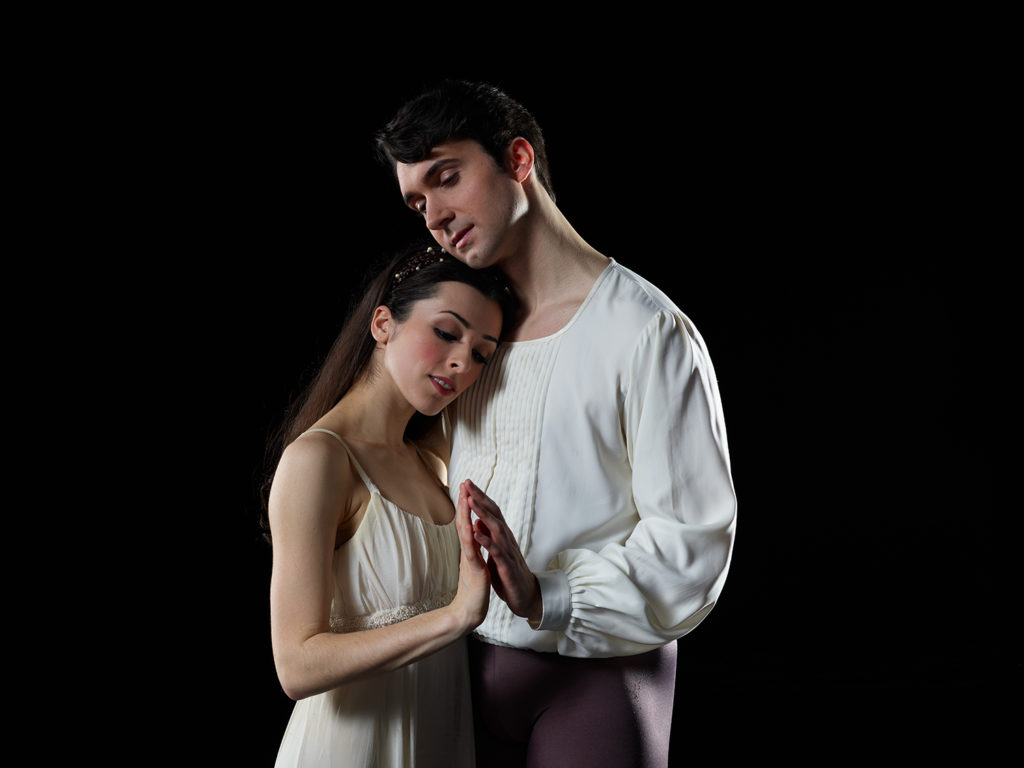 EBC and Orchestra Next collaborate on a first-rate Romeo & Juliet

As a little kid in the ’70s, I wore a groove in my parent’s vinyl record of Leonard Bernstein conducting and narrating the New York Philharmonic in Sergei Prokofiev’s Peter and the Wolf.

“That’s a duck made of music!” I remember thinking. “That cat’s a clarinet!”

While Prokofiev’s classic 1936 symphonic tale for children is arguably his most famous work — the Wolf’s terrifying French horn andante molto did little to advance that creature’s reputation as anything but the O.G. killer — it’s the composer’s relationship to dance, to ballet, that etches a musical transition from earlier expressionism to a new modern form that artists are still inspired by nearly a century later.

So it’s fitting that Eugene Ballet paired last week with Orchestra Next to present a fresh take on the greatest love story in history, Romeo & Juliet, which ran Feb. 9-10 at the Hult Center.

Choreographed by Toni Pimble and conducted by Brian McWhorter, this compelling production features thoughtfully rendered sets designed by Jerry Williams, whose modular, architectural pieces, with their sculptural details, enchant throughout.

Lighting by Kelly Baum, and costumes by Toni Pimble, Jonna Hayden and Lynn Bowers, glow with hot and cool tones, of families long-divided, transporting us from a sunlit market square to a masked ball, a bedroom and a tomb.

Click here to read more of this Romeo & Juliet review at Eugene Weekly.