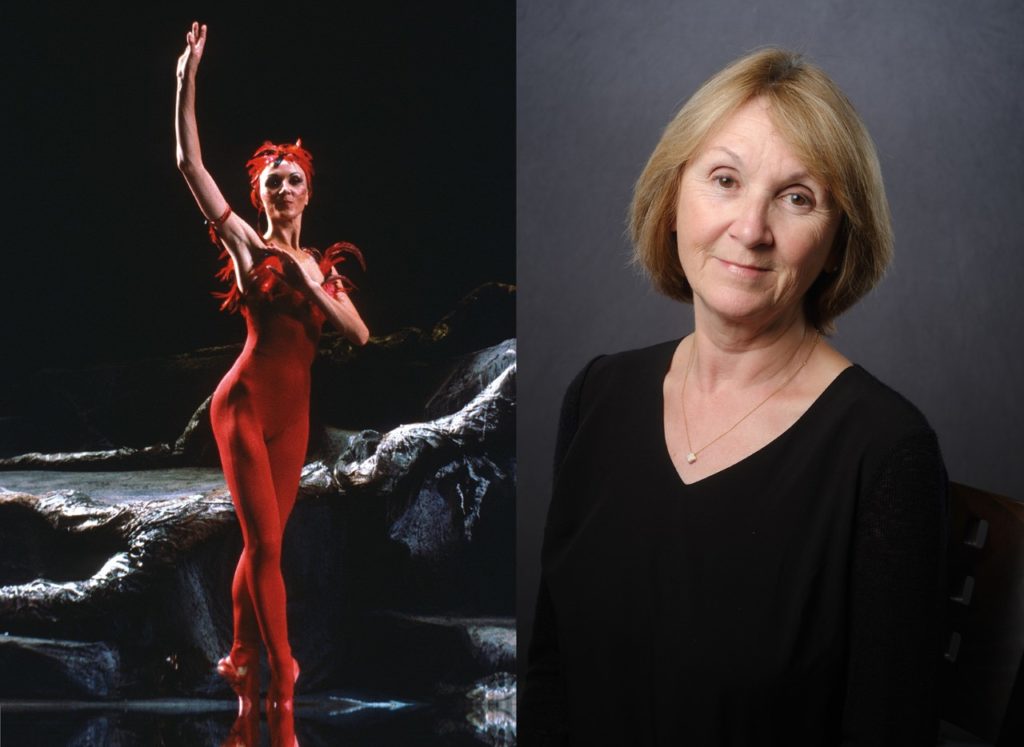 Eugene Ballet’s Artistic Director and Co-Founder Toni Pimble dancing in the 1982 performance of The Firebird.

Since 1978 Toni Pimble has been bucking the trend, or more accurately, the reality that ballet companies are male dominated at leadership levels. As Co-Founder, Artistic Director, and until 2018, Resident Choreographer of Eugene Ballet, she holds the unique position of steering a female-led ballet company for more than four decades.

At Eugene Ballet’s 40th anniversary during the 2018/2019 season Pimble said, “Handing the reins to talented artists who believe in and care for this organization is paramount.” Her announcement of Suzanne Haag as Resident Choreographer and Jennifer Martin as Associate Artistic Director, ensured female leadership after her retirement. “Our legacy continues on, in the creative hands of people with a passion for dance.”

In each of the years 2018–2021, men have accounted for the majority of newly appointed artistic directors.” —Dance Data Project, 2019 Global Ballet Leadership Report

Dance Data Project® (DDP) is a global resource for the study and analysis of major national and international dance companies, venues, and choreographic awards. Founded and led by Elizabeth “Liza” Yntema, DDP promotes gender equity in the dance industry, including but not limited to ballet companies, by providing a metrics based analysis. As Yntema reviewed the results of DDP’s artistic leadership in the U.S., Pimble’s achievements came into focus, and Yntema made a personal donation of $10,000 in Pimble’s honor. Read more about Yntema and DDP’s work in a recent article in The New York Times here.

As Martin looks ahead to her tenure with Eugene Ballet, she noted, “I was very fortunate to have trained and worked with very strong female figures throughout my career. Looking at Toni — she has an enormous amount to accomplish and always has. She is driven to do her best every single day. My perception of how she works and how I hope to move forward is to not be hindered by what we encounter as stumbling blocks, but focus on what needs to be done to better our artists, our company, and to continue to bring incredible art to our community.”

Eugene Ballet celebrates Pimble and four more uncommon women choreographers at the February 12–13 performances of Celebration of the Uncommon Woman. First conceived by Pimble and performed by Eugene Ballet with the Eugene Symphony in 1992, the production has even more meaning for Pimble, 30 years later, as Haag brings her world premiere of With Your Own Wings to the Hult Center Silva Concert Hall stage, along with Pimble’s Concerto Grosso and works by Nicole Haskins, Penny Saunders, and Sabrina-Madison Cannon. “There’s so much more work by women now, much more than it was then,” Pimble said. Haag added, “I am feeling hopeful that more and more women will make their mark as dance makers and dance leaders and that it will change the climate of the ballet world for the better.”