When such a beloved tale is transformed into an art form as delightful as a ballet, magic is sure to happen. 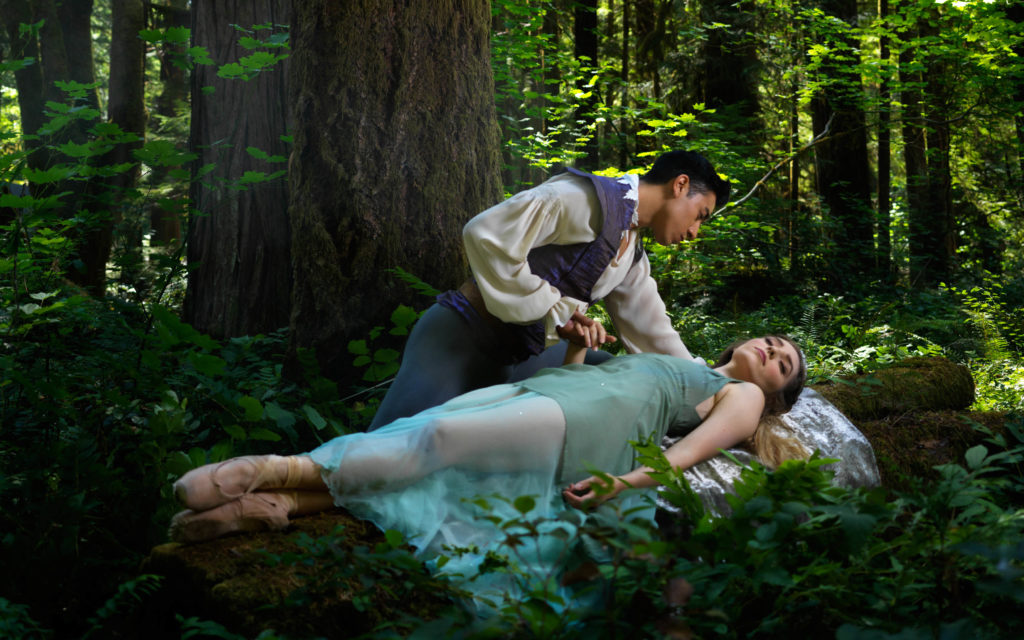 As Eugene Ballet prepares to present the great classical ballet, The Sleeping Beauty, one can’t help but wonder how and why certain ballets become so enduring, standing the test of time to become a classic, a true “must-see ballet.”

“The Sleeping Beauty is definitely a big, grand ballet in all senses of the words,” says Artistic Director Toni Pimble. “It is considered a masterpiece today because both its score and its choreography are flawlessly constructed and magical.”

In the first production of The Sleeping Beauty in 1890, music, libretto (the narrative), choreography, and design were equal partners; when modern productions honor that balance, the true genius of that long ago collaboration shines through. 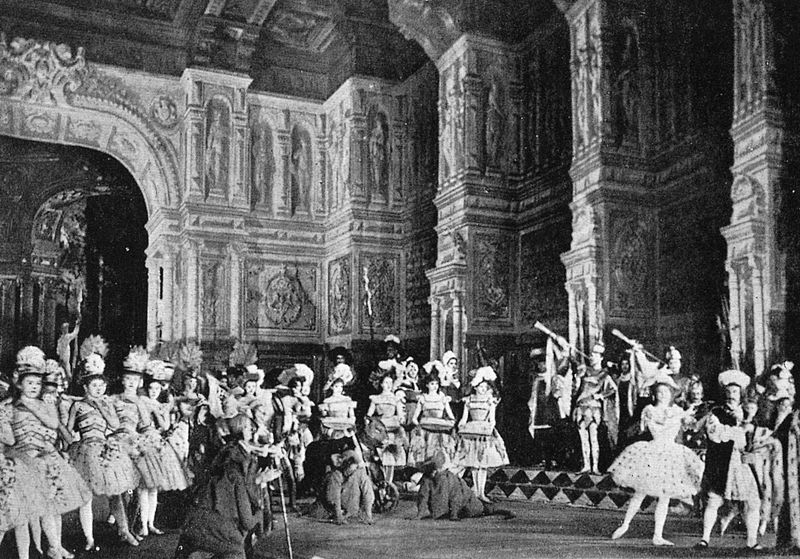 If you balk at the word genius, consider that the score was composed by the great Pyotr Ilyich Tchaikovsky. Tchaikovsky himself said, “It seems to me that the music for this ballet will be one of my best works.” Considering his body of work, this is no small thing, and audiences over the past 130 years seem to agree.

Marius Petipa’s choreography of the ballet has become a standard of excellence in the classical ballet repertoire. Petipa, who at the age of 70 had enjoyed a long and successful career, regarded The Sleeping Beauty to be an exceptional project, and painstakingly lavished on it the wealth of his experience. According to the Marius Petipa Society, “Petipa was no longer interested in the lightness and airiness of the Romantic Era, was fully experimenting with the steely pointe work of the Classical Era”. 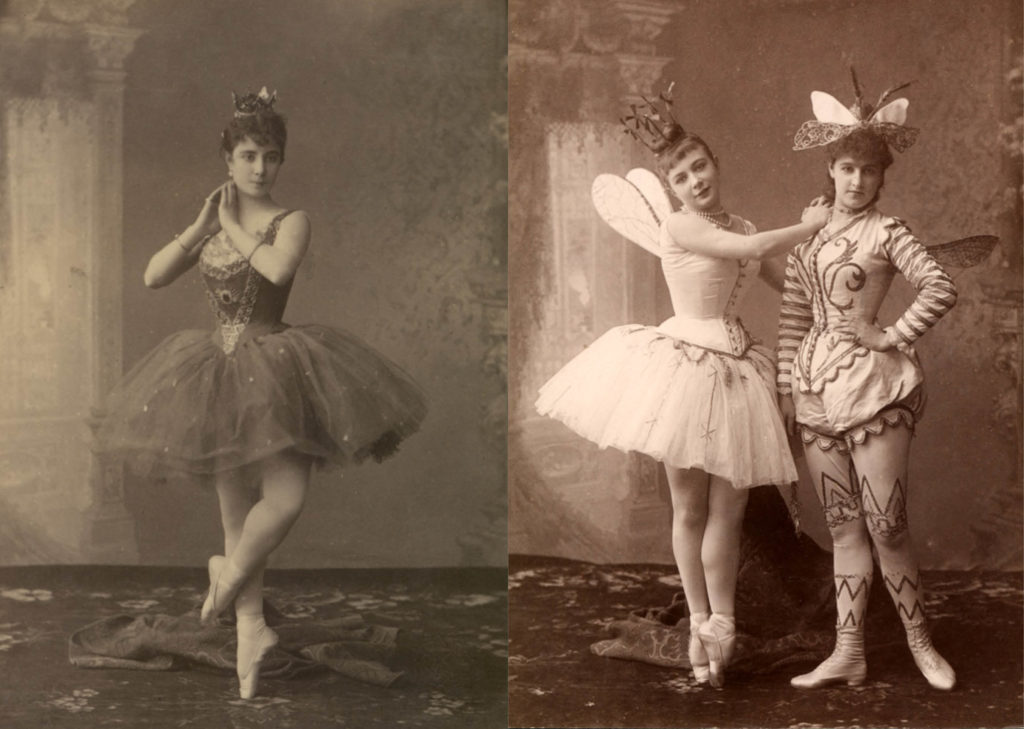 Associate Artistic Director Jennifer Martin, who danced the lead role in 1999, explains, “The role of Aurora is one of the most demanding in the classical ballet world. Aurora must have the physical and mental strength to execute a pas de deux, variation, and coda in three out of the four acts. Each of the three acts has a different skill or focus that the ballerina must be able to dance proficiently. The complexity of the steps increases; however, the ballerina must mask the difficulty with grace and confidence.” 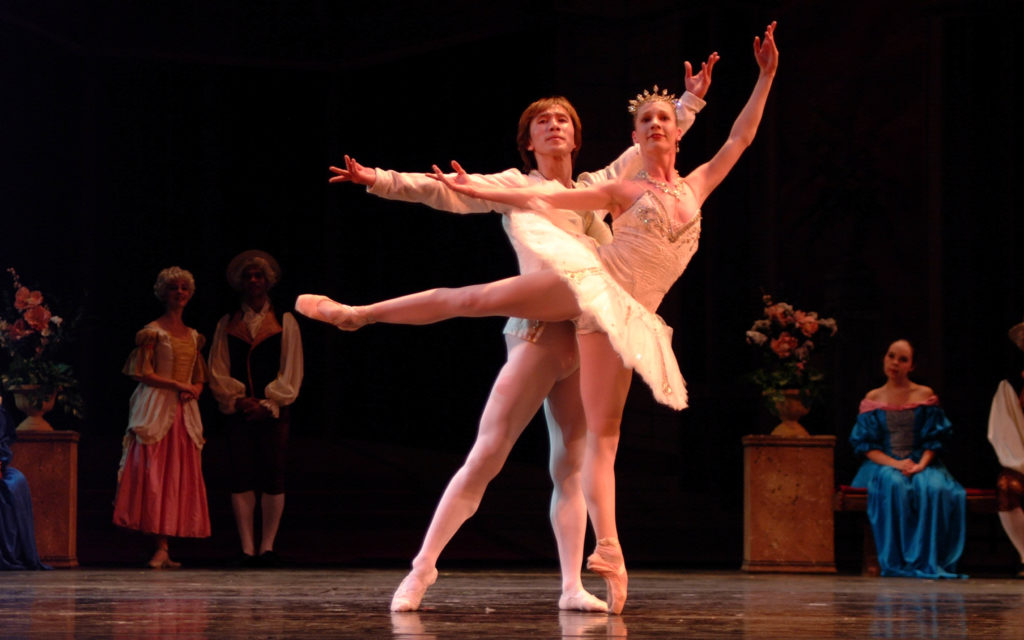 In this production, Aurora will be danced by Danielle Tolmie, who performed it in 2015, and by Sarah Kosterman, the newest principal dancer in the company. “Each time it is set on new dancers, they bring a new life to the story with their personal expression of the characters and the choreography,” says Pimble.

A third element, and the one that the rest are built upon, is the libretto written by Petipa and Ivan Vsevolozhsky, and inspired by Charles Perrault’s version (La belle au bois dormant) of the well-loved fairy tale. Perrault published his story in 1697, but the origins of the tale can be traced back to the medieval Scandinavian saga of the goddess Brynhild. Modern audiences will no doubt conjure up images from the classic 1959 Disney film, and the well-known version as told by the Brothers Grimm in 1812, when the heroine was known as Briar Rose. Petipa and Vsevolozhsky first gave her the name of Princess Aurora. 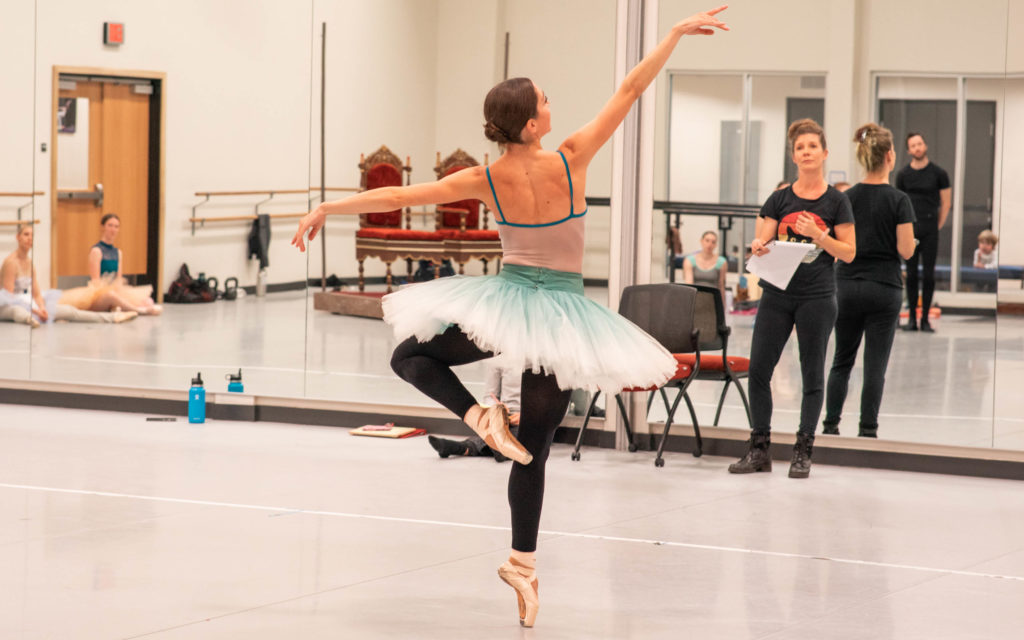 Danielle Tolmie rehearsing as Princess Aurora under the direction of Jennifer Martin, photo by Antonio Anacan, 2022

No matter where and when audiences first encountered The Sleeping Beauty, there is no doubt that the story still reverberates deeply in their hearts and imaginations, having survived hundreds of years and in myriad forms. There are some who might dismiss fairy tales as bits of fluff, irrelevant in these serious modern times, but the sheer endurance of these stories begs otherwise. Beyond the beauty, glamor, and magic there lurks the dark and ominous presence of cruelty, capriciousness, and downright evil, embodied in the character of Carabosse, or as Disney fans might know her, Maleficent.

In news sure to thrill Eugene Ballet fans, Martin returns to the stage in the role of Carabosse. She notes that “the role of Carabosse in the ballet The Sleeping Beauty is sharply contrasted to that of Maleficent in Disney’s more recent version (2014) of this classic fairy tale. Carabosse is vengeful at heart, cruel, and without sympathy. Hers is a character that cannot be reasoned with, and certainly, someone you would not omit from the guest list, even if you wanted to! Playing a role that is a bit crueler, evil, or unkind, can be a bit cathartic/fun. I have always found these particular characters enjoyable because they help broaden the acting range.”

“I feel strongly that it is our responsibility, as performing artists, to take the audience on a journey, allowing them two hours of respite from the day-to-day of life.” 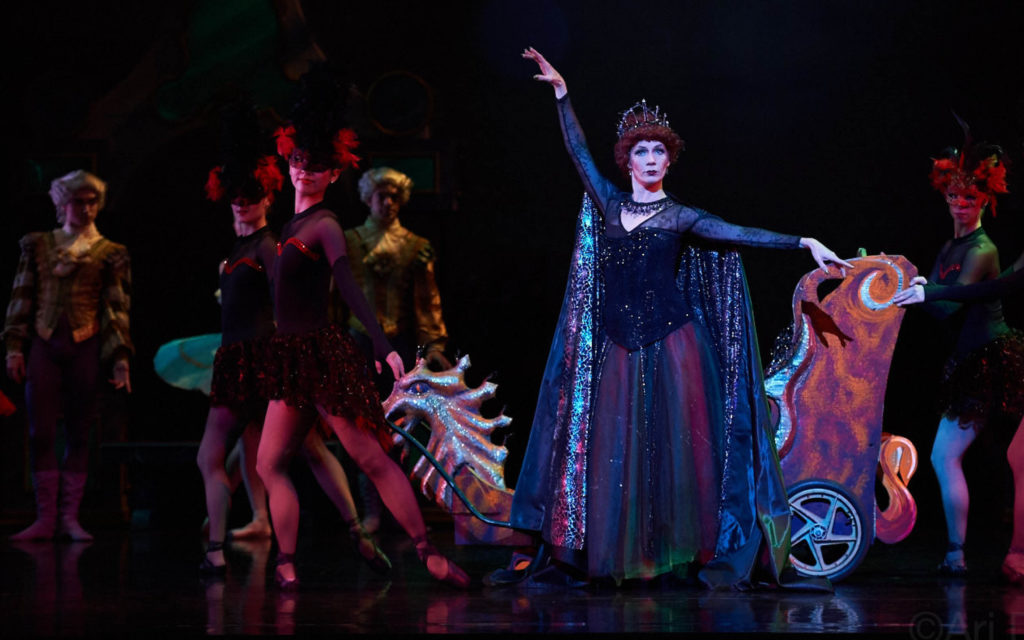 When such a beloved tale is transformed into an art form as delightful as a ballet, magic is sure to happen.

*Spoiler Alert* After the curse—100 years of sleep behind a forest of thorns—and a final battle with the ill-tempered Carabosse, in the last act the princess is saved by true love’s kiss! Other fairy tale characters join in the festivities, including Puss-in-Boots and the Blue Bird from the French fairy tale by Madame d’Aulnoy, bringing a joyful conclusion to a journey fraught with peril and pitfalls. “The wedding acted as an epitome of happily ever after for all the characters…”—The Marius Petipa Society

And in these serious modern times, one thing is sure, we can all use a small dose of happily ever after. Having it presented in the form of a great work of art makes it all the more satisfying. Martin says, “I feel strongly that it is our responsibility, as performing artists, to take the audience on a journey, allowing them two hours of respite from the day-to-day of life.”

Save the Date for Pints & Plies!

Join Eugene Ballet and Ninkasi Brewing for a one-of-a-kind day of community gathering. Whether you're…