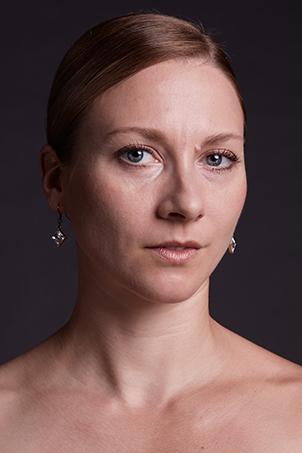 Suzanne began her dance training at the School of the Hartford Ballet and then attended Butler University in Indianapolis where she received her degree in Dance and Arts Administration. Now in her 15th season with Eugene Ballet Company, Suzanne has been featured as Edith Frank in Mauricio Wainrot’s Anne Frank, the title role in Toni Pimble’s Red Pony, in George Balanchine’s Who Cares?, as Calliope in Melissa Bobick’s Apollo and as Clara in The Nutcracker. An instructor with Eugene Ballet Academy, Suzanne is an ABT® Certified Teacher, successfully completing the ABT® Teacher Training Intensive in Primary through Level 5 of the ABT® National Training Curriculum. Suzanne is also a co-creator of the local interactive performing group #instaballet. In 2016, Suzanne choreographed her first ballet for Eugene Ballet, Look, and created a second ballet, The Surrounding Third, for the company last season. In July she was one of 4 choreographers chosen from throughout the United States to participate in the National Choreographer’s Initiative in Irvine, CA.