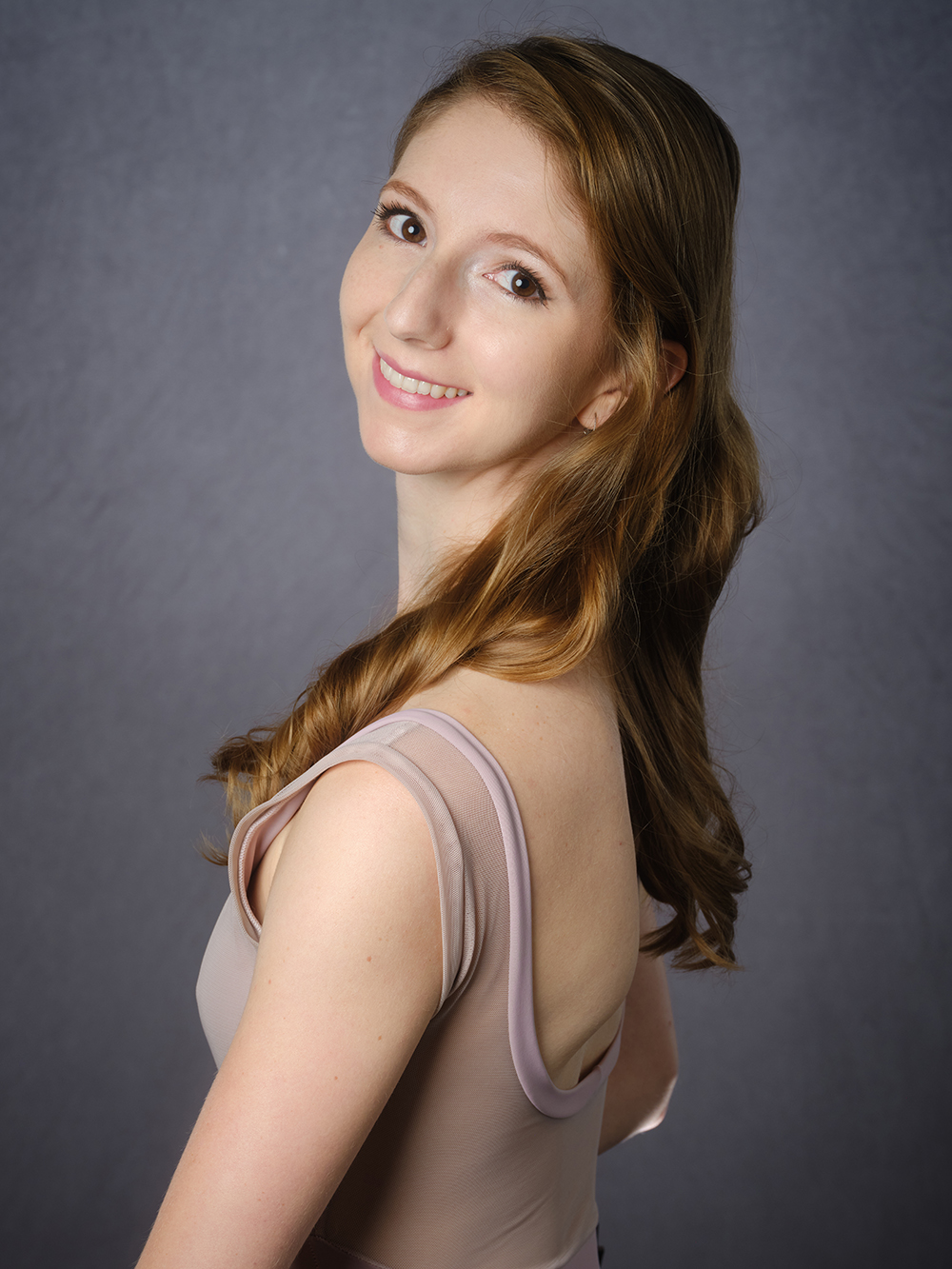 Sarah began her ballet training at the age of six in her hometown of Sacramento, California, with Pamela Hayes. She continued her dance studies at Butler University where she had the opportunity to perform principal and soloist roles including the Sugar Plum Fairy in The Nutcracker, and in George Balanchine’s Valse-Fantaisie. While at Butler, she toured Eastern Europe with Butler Chamber Dance and took classes, and performed with the National Schools of Ballet in Poland, Slovakia, and the Czech Republic. Sarah graduated from Butler University in May of 2016 with a Bachelor of Fine Arts in Dance Performance and a minor in Business. Since joining Eugene Ballet Sarah has had the opportunity to perform many soloist and principal roles including Clara and the Sugar Plum Fairy in The Nutcracker, a stepsister in Cinderella, Maria in Penny Saunders’ Ghost Light, and Bianca in Taming of the Shrew. Sarah joined Eugene Ballet as an Aspirant in 2016, was promoted to Company dancer in 2018, and was promoted to Principal in 2022.