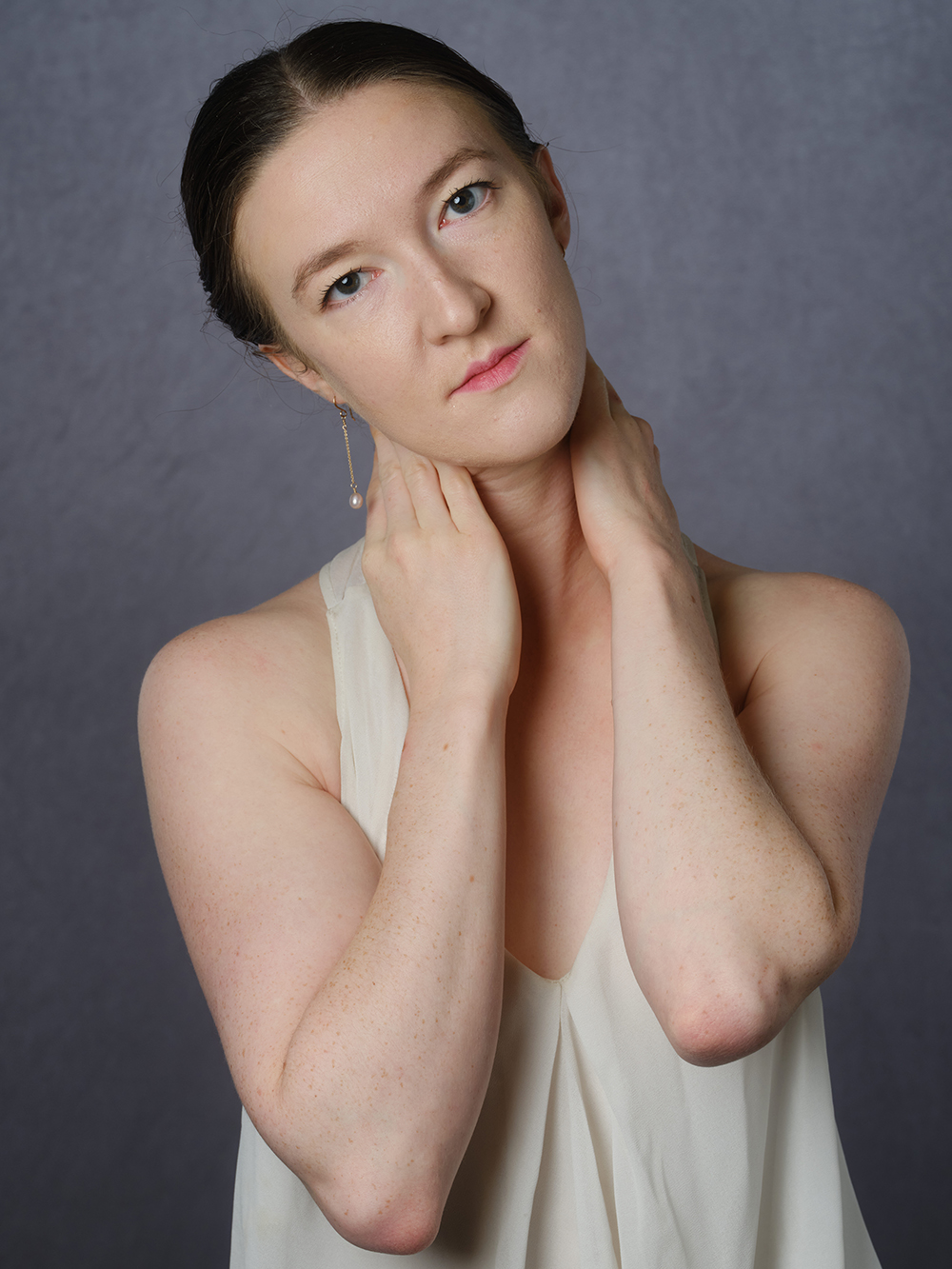 Sara Stockwell was born in Rochester, Minnesota, and trained at the Royal Winnipeg Ballet School. She has danced with Eugene Ballet since 2011 where she has been featured in diverse repertoire, including the Yew in Suzanne Haag’s The Large Rock and the Little Yew, in Sabrina Madison-Cannon’s And Then There Were 5, Fairy Godmother in Toni Pimble’s Cinderella, solo girl and trio in Gerald Arpino’s Italian Suite, the Rose in Toni Pimble’s The Snow Queen, and in works by Val Caniparoli, Sarah Ebert, Edwaard Liang, Nicole Haskins, Shannon Mockli, Stephen Mills, and Dennis Spaight. In The Nutcracker you may have seen her as Snow Queen, Mechanical Doll, Arabian, Spanish, or Harlequinades. Sara also performed recently as the Wife Dancer in Birds Flying Through, a mixed media show by A-Squared Productions, and in 2019 as Anna 2 in The Seven Deadly Sins with Siri Vik at the Shedd Institute. As an advocate for greater community involvement in the arts she has appeared in numerous #instaballet events, and in select Fermata Ballet Collective video projects.