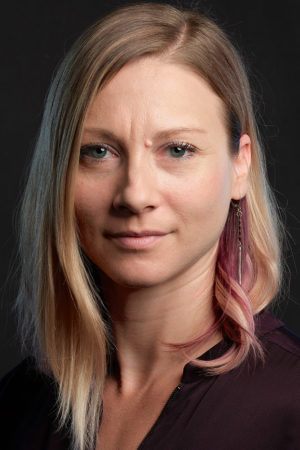 Originally from Hartford, Connecticut, Suzanne received her early training at the School of the Hartford Ballet and Butler University where she received her B.S. in Arts Administration and Dance. Suzanne was named Resident Choreographer of Eugene Ballet in 2018 after performing with the company for 15 years. Her choreographic work for EB includes a new, post-apocalyptic version of Stravinsky’s The Firebird that premiered at the end of last season.

As an emerging choreographer, Suzanne was selected for the National Choreographer’s Initiative (Irvine, CA), UNCSA’s Choreographic Institute (Winston-Salem, NC), was a 2017 and 2018 finalist in the McCallum Theatre’s Choreography Competition (Palm Desert, CA), and is a recent recipient of the New York Choreographic Institute’s Commission Initiative award from New York City Ballet. She is the 2019 recipient of the Joan Shipley Fellowship, the highest award given to an individual artist by the Oregon Arts Commission.

Suzanne is also the co-founder of the local interactive performing group, #instaballet, and is an ABT® Certified Teacher, who has successfully completed the ABT® Teacher Training Intensive in Primary through Level 5 of the ABT® National Training Curriculum.