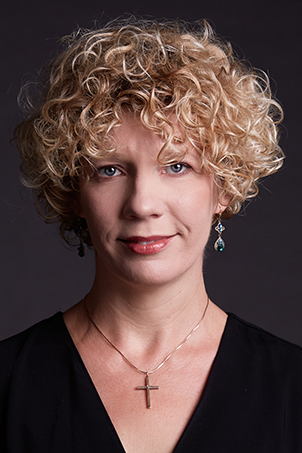 A native of Long Beach, California, Jennifer is currently in her 26th season with Eugene Ballet. Jennifer began studying ballet in southern California at the School of the Long Beach Ballet, the Orange County Performing Arts High School as well as Patricia Stander. She continued her professional training under full scholarship at the Royal Winnipeg Ballet School as a recipient of the Canadian National Award of Excellence. Jennifer competed successfully at the International Ballet Competition in Jackson, MS. Early performance experience includes the Long Beach Ballet and Francisco Martinez Dance Theater in southern California. After joining and rising to principal dancer with Eugene Ballet, she retired in 2012 as dancer and became ballet mistress: managing training exercises, rehearsals, and touring. In 2017 she was named Associate Artistic Director. In her capacity as principal dancer with Eugene Ballet Company, some of her favorite lead roles include: Swan Lake, Carmen, Rite of Spring, Two’s Company, Dracula, and Romeo and Juliet. Jennifer’s transition to ballet mistress started in 2008 when she began teaching company class and assisting in the studio in addition to her performance career. In recent years, Jennifer has had the honor of overseeing rehearsals for guest choreographers such as Jessica Lang, Val Caniparoli, Gerald Arpino, and Stephen Mills, as well as the Company’s existing repertoire. She has enjoyed re-staging some of the Company’s repertoire for Summer Dance Lab in Walla Walla, WA, and Point Park College in Pittsburgh, PA. Additionally, she has been entrusted by the Dennis Spaight Trust to re-stage Scheherazade for Oklahoma City Ballet and Oregon Ballet Theater. In 2017 she was blessed with the arrival of a son and enjoys time with her family.