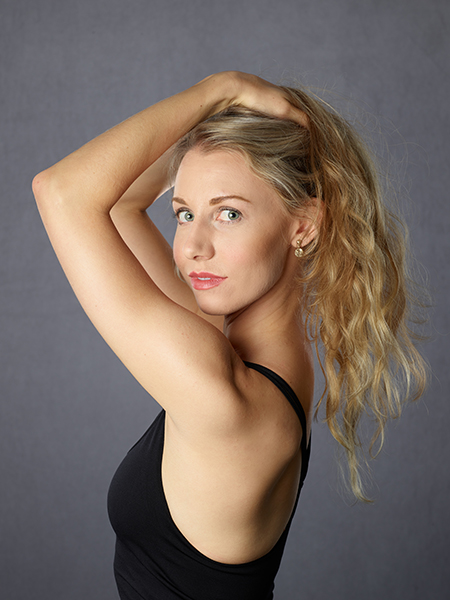 Born and raised in Colorado Springs, Colorado, Erin began her training with Rozanne David at The Dance Center of Colorado Springs and continued her training with Zamuel Ballet School under German and Valentina Zamuel. She then attended Texas Christian University’s School for Classical and Contemporary Dance and graduated magna cum laude with a Bachelor of Fine Arts in Ballet and minor in General Business. While at TCU, Erin performed soloist and principal roles in ballets such as Le Corsaire, Bournonville’s Napoli, Giselle, George Balanchine’s Valse-Fantaisie, and Four Temperaments staged by Michele Gifford. Erin joined Eugene Ballet as an Aspirant in 2016 and was promoted to Company Dancer in 2018. She has since had the opportunity to perform feature roles in ballets such as Val Caniparoli’s Tutto Eccetto il Lavandino and performed as Lucy in an excerpt from Charles Bennett’s Dracula. Erin was most recently featured as the lead in Suzanne Haag’s world-premiere of Heaven and Earth, as well as a soloist in Edwaard Liang’s Age of Innocence.