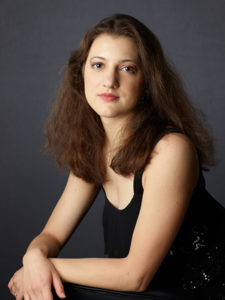 From Atlanta, Tessa Castellano began dancing before age three. She trained with Atlanta Ballet, then entered the conservatory at The Royal Dance Academy in Suwanee, studying the RAD syllabus. She completed all vocational exams with distinction, qualifying for the Adeline Genée Awards and reaching the semi-finals. Tessa became a student trainee of The Georgia Ballet in 2015 before joining their company for three seasons. She has performed principal roles in their Nutcracker, as well as choreographed on company members. Tessa is excited to be entering her second season with Eugene Ballet.